Shepperton is a suburban town in the county of Surrey, bisected by the M3 in the North West and bounded to much of the South and East by the River Thames. Predominantly known for its use by film and Television production companies at Shepperton Studios. PEST UK in Shepperton are available 7 days a week for all pest control problems.

Much of the land in the area is formed of protected flood meadows, small lakes or fertile alluvial soil farmland this can cause quite a problem with rats and mice using these as means of travel and as a food source. Also with any potential flooding this can run the risk of rodents being seen more prominently around properties and businesses.

We have many pest control contracts around the area of Shepperton with local businesses and with schools. All of our pest control technicians are CRB checked and bring a wealth of pest control experience and keen knowledge to any of your pest problems. With the River Thames  and the rail line running through Shepperton both of these can be a highway for rats and both can supply foodstuff and cover for rats or mice. As well as rats & mice using these areas as highways there are pest control problems with properties bordering these areas. These include squirrels, rabbits and some insects pests. Apart from that Shepperton suffers from the normal domestic pest control problems which include: wasp nests, bees, ants, bed bugs, cockroaches, squirrels, rats, mice and fleas. 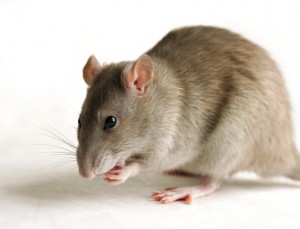 Rats can harbour in loft spaces in Shepperton

Shepperton has a traditional high street, shorter than nearby Ashford, with a village hall, library, bank, shops, public house, several cafes and a railway station.

Opened in 1932, Shepperton Studios, then Sound Film Producing & Recording Studios, now part of Pinewood Studios Group since 2001. The studios have 15 stages, ranging in size from 3,000 square feet to 30,000 square feet, five of these are equipped with interior tanks for underwater filming. A mixture of TV and motion picture filming have taken place on the lot, including box office successes and independent films.

Shepperton railway station is a terminus for the main destinations of London, Kingston upon Thames. Opened in 1864 and was electrified in 1916. Service on the line is half-hourly  to London Waterloo via Kingston, Monday to Friday.

The Shepperton Village fair is held annually within the village and has been running since 1973.

The fair is held close to the Thames on Manor Park, the Fair begins with a large procession through the High Street, and is followed by arena displays, fairground rides, stalls, competitions, a Marquee & the Great Nauticalia Raft Race. The fair is held on the second Saturday of every June. The fair promotes local charities, organisations and businesses.

PESTUK are members of the BPCA, the governing body for pest control in the UK.