With warmer temperatures and longer days, the summer months are often met with a surge in flying insects. More often than not, it’s the black and yellow striped insects buzzing around your garden – but would you know the difference between wasps, bees and hornets if you saw one?

The three insects may look similar but they’re actually very different in terms of where they live, what they eat, how likely they are to sting you, and what happens when they do.

Let’s look at some tips to help you tell the difference next time you see those black and yellow stripes flying through the air.

Bees are from the superfamily Apoidea. There are over 200 types of bees in the UK. The most common are Honey Bees, Bumblebees, Tree Bees, and Masonry Bees.

Bumblebees, although there are many sub-types, are well known for their characteristic round and fluffy appearance and striking black and yellow markings. Bumblebee colonies will often nest in disused bird nests, abandoned burrows, and underground.

The Tree Bee is similar in size to the Bumblebee but varies in colour – the thorax often a reddish-brown colour with a black abdomen and a distinctive white tail. Tree Bees, as the name would suggest, often live in holes in trees, and will sometimes nest in places high up in buildings.

Masonry Bees have a reddish-brown bottom and black body and are often named Solitary Bees due to the fact they rarely occur in large numbers. They will often nest in small holes in the ground or wall.

Honey bees are small and vary in colour from golden brown to almost black. Honey Bees are rarely seen to be a pest problem, however, they can present issues when setting up home in chimney and wall cavities.

Bees will sting if they feel threatened. What’s more, honey bees will release pheromones when they sting that prompt other nearby bees to attack. Despite this, bees are much less aggressive than wasps if unprovoked and will only sting in acceptable circumstances. You can find more about the different types of bees here. 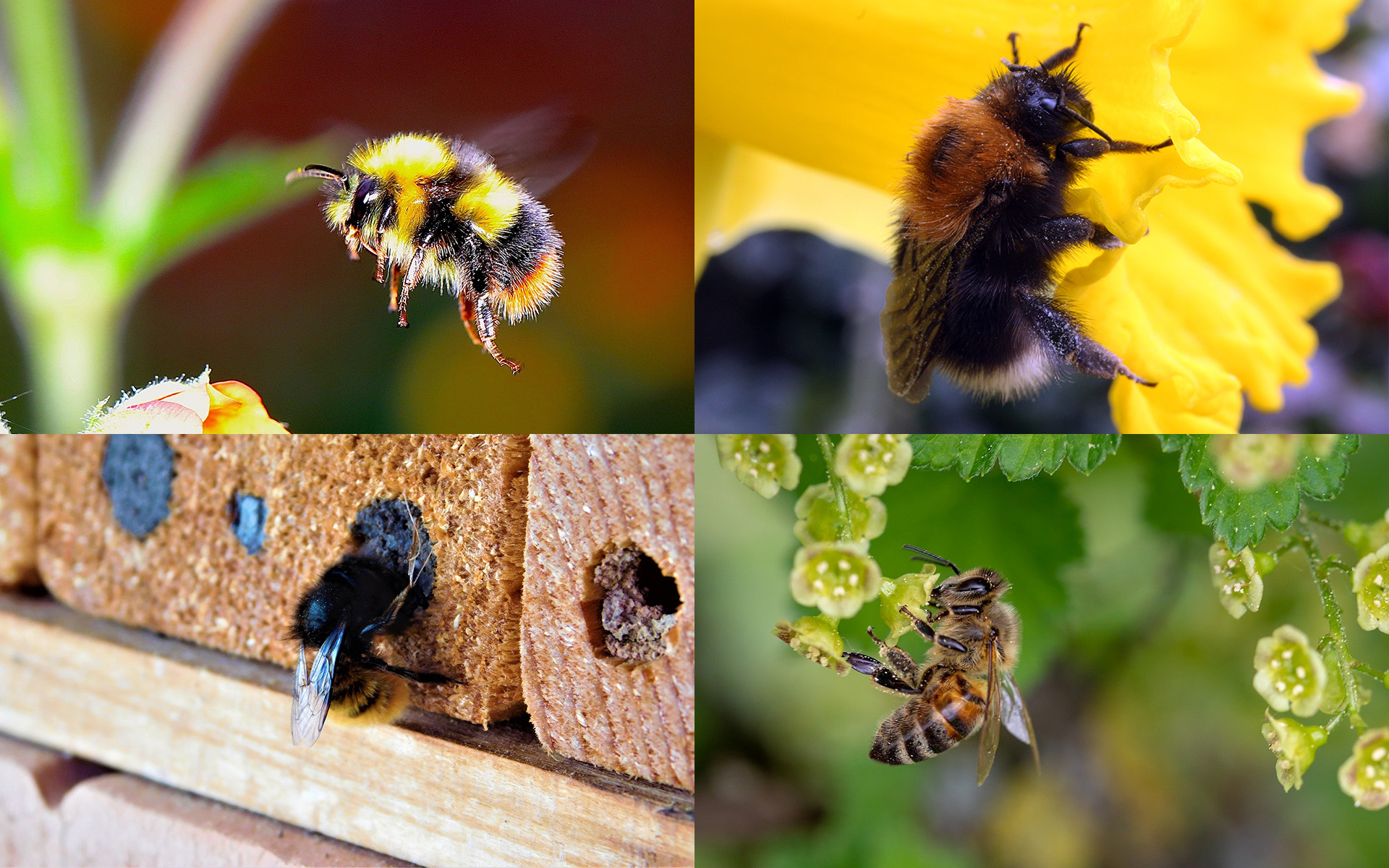 While there are thousands of species of wasps, in the UK you’re most likely to come across the Common Wasp (Vespula vulgaris) or the German Wasps (Vespula germanica). Both have black and yellow stripes and have painful stings that can cause allergic reactions.

Wasps and bees not only differ in their appearance but also in their diets. While bees feed on nectar and pollen, wasps largely consume other insects, such as flies, caterpillars, and aphids. However, adult wasps are attracted to sugar, particularly later on in their adult life. This is why, like bees, they can often be found hovering around fizzy drinks and sweet foods.

As well as being a nuisance, wasp stings can be painful and in rare cases fatal. While bee stings are acidic, wasps stings are alkaline. So the body’s reaction to a wasp sting might be different from its reaction to a sting from a bee. What’s more, wasps do not die after they sting, like bees do, which means they can sting multiple times.

Never attempt to remove a wasps nest yourself. More about wasps and how to treat them can be found here.

The major difference between wasp and hornets is size. Hornets are much larger and usually rounder than the average wasp. Many often also have a reddish-brown tint to them that distinguishes them from wasps.

Hornets are less common than wasps and bees, owing to the fact they prefer warmer climates. Despite this, warmer weather in the UK can lead to an increase in hornets nesting. While hornets are less aggressive than the average wasp, their stings are more painful. This is due to the chemicals found in hornet venom. Like wasps, hornets can also sting repeatedly.

If you see hornets entering and leaving a hole in the ground, a wall, roof, or any other part of a building then you probably have a hornet nest.

Like with wasps nests, we recommend getting a professional pest controller to treat the hornet nest. Find out about how we treat for hornets here. 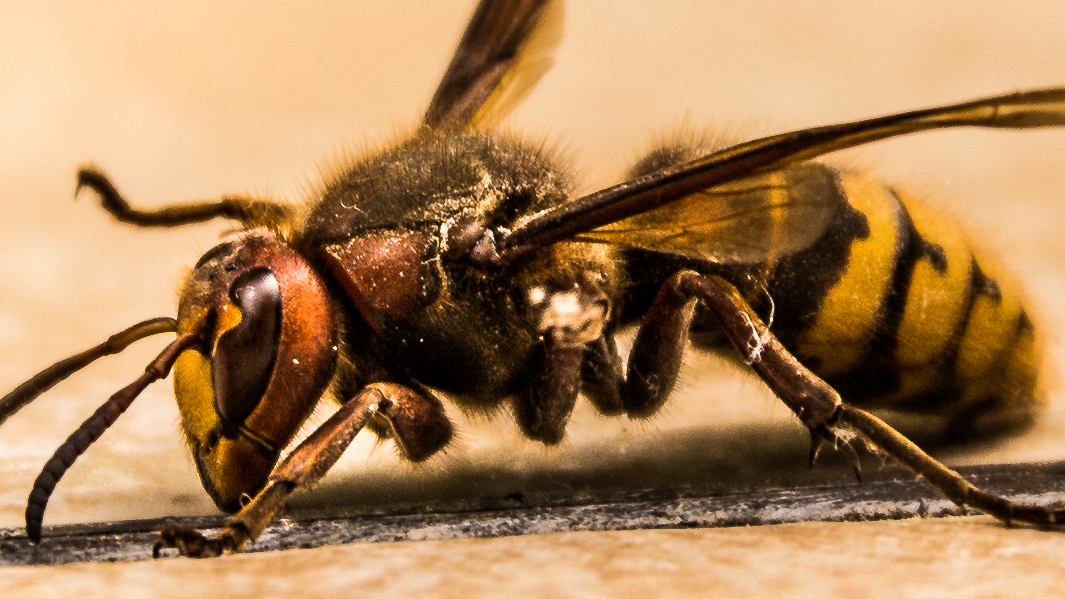 Whether it’s bees, wasps or hornets, if you’re finding any of these stinging pests in large numbers there could be a nest nearby. It’s important to try to not treat or remove any bee, wasp, and hornet nests yourself as you could get a nasty sting in return. At PESTUK, we can identify the buzzing insect and treat accordingly.

PESTUK are full members of the BPCA, the governing body for pest control in the UK. Using a BPCA member company ensures you have a qualified, fully insured company treating your pest problem.

The rat explosion during lockdown »
Why London is crawling with rodents? «