PEST UK / Pests / Why Are There So Many Spiders in our Homes in Autumn?

Why Are There So Many Spiders in our Homes in Autumn?

Why are there so many spiders in autumn?

There seems to be so many spiders in our homes during the autumn – and they seem bigger. This is because it’s their mating season, which begins in early September and finishes mid-October. During mating season, male spiders come out of hiding to look for a mate.

What spiders are the most common? 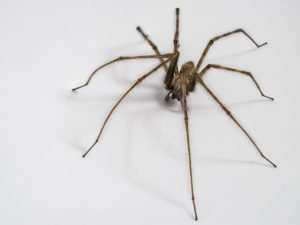 Most of the spiders we see in our homes in autumn are house spiders. Being descendants of species from Africa and the Mediterranean they prefer to live indoors where it’s warm. The average house is likely to have 40 spiders hidden away in cracks and crevices. In older houses there can be hundreds.

Garden spiders spin massive webs which seem to appear overnight in doorways and on hedges. They look magical with the sun reflecting off the dew, but feeling sticky if you walk into one. They don’t venture indoors.

There are 650 species of spiders in the UK, most of which are harmless, but that doesn’t make them any more likeable. With their eight legs, each being made up of seven segments, they look menacing as they scurry across the floor. Around half of the 650 species are tiny money spiders. The majority of the others are specialists, which thrive in particular habitats such as dunes, meadows or heathland.

Lots of myths surround spiders, but, to put your mind at rest, they don’t deliberately crawl into our mouths when we’re asleep, they don’t lay eggs in our bodies, and most of the spiders we get in the UK couldn’t even bite us if they wanted to as their jaws don’t open wide enough and their fangs aren’t powerful enough to penetrate our skin.

However, a species of spiders which do bite humans is the ‘noble false widow’ spider. Originating in the Mediterranean, they first were reported in the UK in the 1870s and have become one of the most common urban spiders in the UK. They grow to around half an inch long and prefer to live indoors, although they remain hidden away for most of the year. They only bite when threatened and their bites are usually harmless as their venom is not particularly potent.

The good stuff about spiders 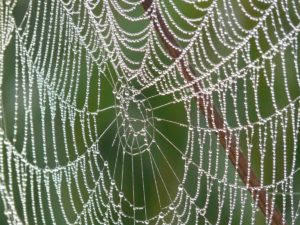 PEST UK are a full member of the BPCA (British Pest Control Association), the governing body for pest control in the UK. Using a BPCA member company ensures you have a qualified, professional and fully insured company treating your pest problem.

PEST UK have offices throughout the southeast including Balham, Hounslow, Oxford, Reading and Walthamstow

How Do Ants Farm Aphids? | Ants Help Aphids To Destroy Garden Plants »
Invasion of the Ladybirds «