PEST UK / Bees and Bee Problems / The Difference Between Wasps and Bees?

The Difference Between Wasps and Bees? 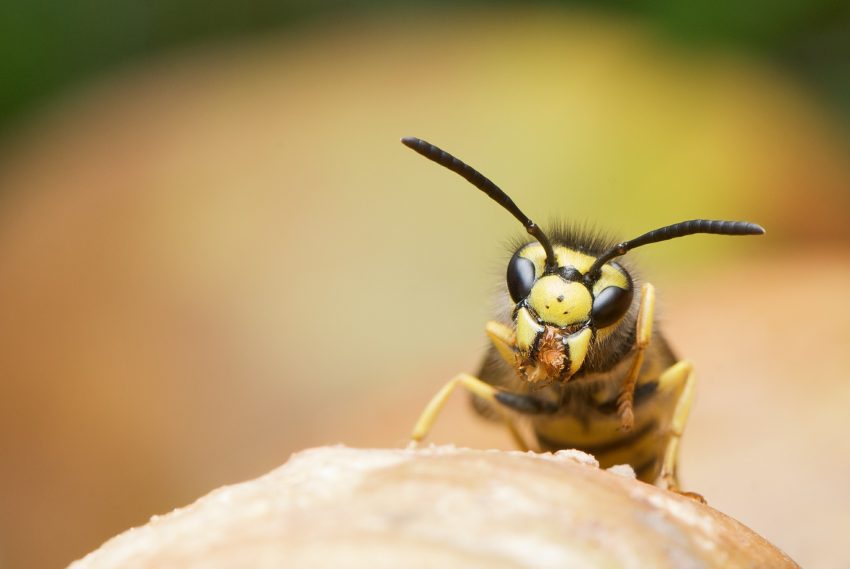 To many people there is little difference between wasps and bees. Both are of a similar colouring of yellow and black, striped, fly and have painful stings. However, while they do share a common ancestor and are of the same family of insect, that of Hymenoptera, as bees and ants. They do have some differences in behaviour, nest making and their diet.

The difference between wasps and bees 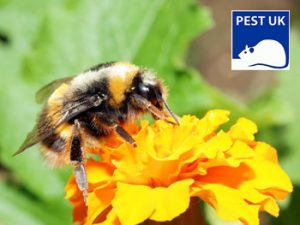 Physically wasps have bodies that are covered in a hard exoskeleton, with narrow waists connecting the thorax and abdomen. Their legs are also cylindrical in shape and slender.  In flight their legs hang below the body. Bees have hairy bodies, and are rounder in shape, their wings tuck up in flight. These differences lend themselves to their feeding habits.

Bees are pollinators, most of their lives are spent travelling between plants and flowers gathering and distributing pollen. Some of this nectar is also fed to their young. Bees will build their nests out of wax cells that they stack on top of one another. Most honey bee nests will be artificial, in that they are created by the bees, but some other types of bees make their homes in tree cavities, buildings or even holes in the ground. Some types of bees, particularly the honey bee and bumble bee live in social colonies. These social bees nest in colonies headed by a single fertile female, the queen, which is the only egg layer in the colony. Workers are a female caste that hunt for nectar and other tasks such as feeding the queen and the larvae, cleaning brood cells and removing debris. Honey and pollen is stored, and larvae are reared in cells made from the wax secreted by the worker bees.

Wasps are generally carnivorous, adults occasionally will feed on nectar but mostly eat other insects and spiders. Their nests are made of a papier mache type of material made from chewed up wood and saliva. The life cycle begins with a Queen awakening from her over wintering period and laying a small number of cells which the queen will lay eggs into, one per cell. The eggs hatch into larvae and are fed by the queen fragments of insects. After pupation workers emerge and take over running the nest from the queen who spends the rest of her life laying eggs. The nest can grow from June and may at its peak, contain 10-15,000 wasps. 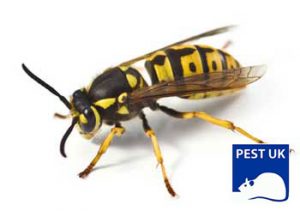 Wasps are generally seen as more aggressive and will sting, more so in autumn and early winter when the drones have finished looking after eggs and begin to feed on rotting fruit causing them to act drunk and aggressive.

Bees generally are considered to be more mild in temperament and will only sting if they feel their nest is threatened.

More information on bees and wasps

Bees »
How do you keep a restaurant pest-free? «