Rick Pellen is the PEST UK technician in charge of the pest control operations in Reading East (Lower Earley) branch of PESTUK.

PESTUK have many pest control contracts in East Reading. We have take away and food outlets in Cemetery Junction and factory/office sites in the Sutton’s Business Park as well as several pubs.

Reading East has no official boundaries but generally refers to Whitley, Earley, Lower Earley, Woodley, Cemetery Junction, London Road, The Wokingham Road, Shinfield and Newtown. Some may even consider Charvil, Twyford, Hurst and Winnersh to be in the area considered to be East Reading. The open space between these areas is small. The site of the counties main hospital The Royal Berks is in East Reading as is the Old Huntley & Palmers site. This area spans two councils, Reading Borough Council and Wokingham Borough Council. The Sutton’s Business Park is a large Industrial Estate containing many Businesses. 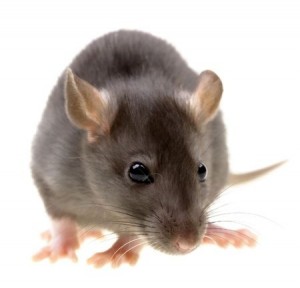 Two railway lines come out of the main central Reading station, one going to Waterloo via Gatwick with stations at Earley, Winnersh Triangle, Winnersh and Wokingham and the other in the North going directly to Paddington with no small stations except for Twyford. The site of The Reading University are situated in East Reading and the Thames runs through to the north of the area.

There is a railway station that provides links to London and Reading. The M4 runs close by with access via the A239. Reading University straddles the boundary between Earley and Reading. Thames Valley Business Park is in Earley and is the UK Headquarters for BG Group, Microsoft, ING Direct, SG1, Oracle & Regus. There are 5 schools in the area run by Wokingham Borough Council.

Known as one of the larger suburbs of Reading, it is bounded to the north and east by a ridge of high ground carrying the road to Shinfield, to the west by the valleys of the River Kennet and the Foudry Brook, and to the south by an ill-defined boundary with the suburb of Whitley Wood. The former main road to Basingstoke passes just to the west of the centre of Whitley, dividing largely residential areas to its east from a largely industrial zone to its west. Between the A33 relief road and Bennet Road can be found the recent Green Park business park and the Madejski Stadium.

Along with neighbouring Woodley, it forms part of the extensive eastern suburbs. For the purposes of local government it falls within the Borough of Wokingham, outside the area of Reading Borough Council.

Lower Earley is often thought of as a town in its own right, but it is in fact a development at the southern end of the town. The name Lower Earley though is very old, having originally been applied to the low-lying land between the old Maiden Erlegh Estate and the River Loddon.

Even after its recent development, Earley has remnants of ancient woodland within its boundaries, including Pearman’s Copse, a local nature reserve and Redhatch Copse. There is a nature reserve on the edge of Earley called Highwood. Earley is home to the Thames Valley Business Park which is alongside the Thames to the east of the A329.

4 miles east of Reading town centre, and is joined to the neighbouring suburb of Earley. In the 1930s Woodley Aerodrome was opened. In 1932 F.G. Miles joined with Philips and Powis in producing the Miles Hawk aeroplane, this lead to the forming of Miles Aircraft Ltd which produced aircraft until after the Second World War. This aviation heritage is commemorated by the Museum of Berkshire Aviation, at the southern edge of the former airfield. The former airfield was redeveloped for housing in the 1980s and now is largely indistinguishable from Reading.