We hold a variety of pest control contracts within the Guildford area including schools, offices, restaurants and takeaways and also private dwellings.

As well as pest control contracts our technicians also do many one off jobs for pests including ants, bed bugs, cockroaches, fleas, mice and rats and bees and wasps.

The river and canal that run through Guildford increases the likelihood of rat and mouse infestations along the borders of these areas, which can be excellent harbourage and food sources for these rodents.

Our Guildford office is run by Rob Thirlwell, he has many years of experience, previously working for Ecolab. He was promoted to Senior Pest Controller where he would be asked to advise other technicians on difficult pest problems. Rob also covers the area around Guildford including Aldershot, Farnborough, Fleet and Woking. 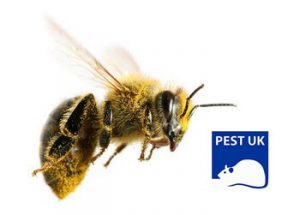 PESTUK are members of the BPCA. The British Pest Control Association is the leading UK trade association representing organisations with a professional interest in the eradication of public health pests. BPCA are a not-for-profit organisation which acts in the interests of its members and on behalf of the pest management industry in the UK. The role of the Association is to highlight risks of poor control and offer guidance of what to look for when searching for a pest control company.

When choosing a BPCA member you’re ensuring the use of a technician who will provide a professional and consistent service.

Guildford is the county town of Surrey 40 minutes, 27 miles (43 km) southwest of central London on the A3 trunk road halfway between the city and Portsmouth and is situated between Gatwick and Heathrow airports.

The town has Saxon roots and its location is attributed to a gap in the North Downs where the River Wey was forded by the Harrow Way. In AD 978 Guildford was home to an early Royal Mint. Upon opening in 1653 the River Wey Navigation had 12 locks between Weybridge and Guildford, this added to the prosperity of the town. The canal was donated to the National Trust in 1964.

On 9th September 1966 the University of Surrey was established by Royal Charter, the main campus is located on Stag Hill and is a centre for mobile and satellite communication development. In 2014 the university along with King’s College London and the University of Dresden announced a partnership for the development of 5G technology.

Guildford now forms the Southwestern tip of the Greater London Built-up area, defined by the Office for National Statistics as the continuos urbanised area of cities, towns and urban and industrial areas.

The castle was built sometime after the 1066 invasion of England. The castle was mainly used as a royal residence and was improved upon by Henry III in the 13th Century.

In 1216 Prince Louis took the castle during the civil war, in England between 1135 and 1153. This was a conflict of succession between mainly Stephen of Bois and Empress Matilda.

The castle and gardens are open to the public and the gardens contain a life size statue of Alice through the looking glass, a memorial to Lewis Caroll who stayed nearby from 1868 until his death in 1898.