Local businesses include Huntley & Palmers, a biscuit makers, was one of the world’s first global brands and ran, what was once the largest biscuit manufacturing factory in the world. They began business in a small shop on London Street and then moved to a factory on King’s Road.

Prudential, the life insurance and financial services company have had an office in Reading since 1965. Moving Industrial Branch administration from London to Forbury House. 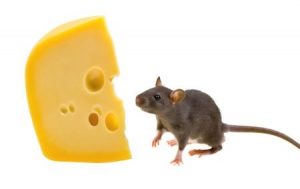 The railway line runs through the east of Reading which makes pest control of rat & mouse problems bordering this area more common. Rats and mice use railway lines as a highway as they provide food & cover & make travelling between areas easier.

Rats in sewers in Earley

A large number of rat problems stem from sewers. Breaches in sewers under buildings can be costly and time consuming, repairs to sewers may run into the thousands of pounds. Baiting alone may or may not solve the problem but if the infestation originates from a sewer then future problems are likely unless the sewer issue is addressed.

Initially a test bait should be laid to confirm that rats are in the sewer. Even if there are ‘takes’ on the baits in the sewer it doesn’t necessarily mean that the rat problem in that building stems from the sewer as a high percentage of sewer systems (especially the older types) have a rat population in them anyway.

Fitting a sewer one way return valve is a very good solution to this type of problem. The valve has a flap that closes once sewage has passed. They are a cost effective solution that prevents rats going up the sewer, but the flap allows sewage to flow out. It also acts to prevent any back ups of sewage from entering the house.

Rodent treatments can be dealt with efficiently by PESTUK