Harrow is a  London borough. Bordering Hertfordshire to the north and Hillingdon to the west.  As part of London, Harrow has very old sewer systems as well as many older houses. This means that in Harrow PESTUK have many a call out to deal with pests of one type or another. 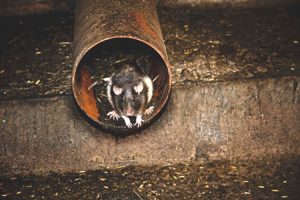 Rats in Harrow will use sewer pipes to travel into homes where possible.

The most common type of problems our local technician Konrad deals with in the Harrow area are rats and mice followed by cockroaches and bed bugs.

In gardens rats are most often seen feeding from bird baths and bird feeders. These are an easy source of protein and water to help them survive and thrive in the near by area. Rat runs, the common travel routes used by the rats, are evident by a lack of vegetation, packed down earth and footprints in the garden. In garages and, lofts and houses you may notice greasy smears on the walls that they run along next to or smell urine and notice their droppings.

Mice are treated more kindly by the general public, however it should be noted that they carry the same diseases as rats. While scurrying over kitchen work surfaces mice can leave their faeces near to utensils, work tops and food. They are bolder and more curious than rats are and will get closer to people. They are opportunistic feeders and will mainly eat grains but will nibble at other foods and items as well. 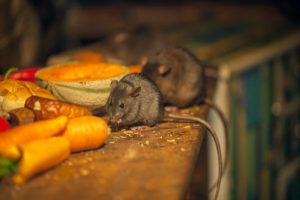 Mice on a kitchen counter.

Established in 1985, PEST UK have grown as a company to cover Oxfordshire, Berkshire, Hampshire, Surrey and West London. With more areas being covered all the time.

All PEST UK technicians are CRB checked & members of the PROMPT/BASIS scheme that ensures on going training & other professional aspects of pest control. We are also full members of the BPCA, the governing body for pest control companies and those with an interest in pest control. Membership is earned and is not a paid subscription. Technicians must constantly show training and companies must be fully insured.

To book an appointment please call us on-

How to Get Rid of Bedbugs »
Enfield Pest Control «