Glis glis are cute but can be a pest

More than 100,000 glis glis are now running wild in the UK, their numbers having doubled in just 10 years. This means that they are invading more properties so more people need help in getting rid of glis glis from their homes. 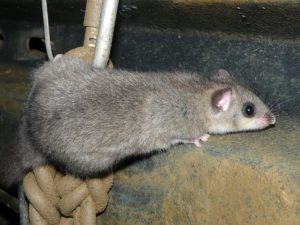 What are glis glis?

Glis glis look cute. With small ears, big eyes, short legs and a 6-inch-long bushy tail, a glis glis looks like a young squirrel. However, it’s actually a large dormouse, called a European edible dormouse because the Romans used to eat them.  Zoologist Lionel Walter Rothschild first brought glis glis to Britain for his private collection in Tring, Hertfordshire. In 1902 six of them escaped and they’ve been breeding in the wild ever since.

Whereabouts in the UK do they live?

Glis glis initially spread throughout Buckinghamshire and Hertfordshire but are now found in Bedfordshire, Berkshire, Essex, Oxford and even London.

Why are they pests?

As their numbers have increased, glis glis have become a real problem in the countryside, destroying crops and trees.

More recently they’ve abandoned their usual woodland habitats and invaded urban areas, seeking out the warmth and shelter of our homes. Apart from the obvious hygiene issues, they cause significant damage by gnawing cables and wires which can be a fire hazard. They are noisy, running around in lofts or attics and wall cavities and getting into airing cupboards, store rooms and kitchens in their quest for food.

An infestation can comprise large numbers; a record 145 glis glis were removed from a house in London.

When are glis glis most active?

Glis glis hibernate from November to May so they start to seek shelter inside properties when the weather becomes colder. Unfortunately, as creatures of habit, they often infest the same properties year after year. In late spring when they come out of hibernation they will be looking for food.

Their breeding season is from late June to mid-August so they will make their nests during this time and breed. They are nocturnal creatures so people hear them running around their loft spaces at night when it’s quiet.

What are the signs there are glis glis?

How do you get rid of glis glis?

The best way to deal with glis glis is to prevent them from accessing your home by blocking up holes. However, if you already have an infestation you will need to get a pest control company which is authorised under licence to trap and remove them as they are protected under the Wildlife & Countryside Act 1981.

PEST UK are a full member of the BPCA (British Pest Control Association), the governing body for pest control in the UK. Using a BPCA member company ensures you have a qualified, professional and fully insured company treating your pest problem.

Offices are throughout the southeast including Banbury, Basingstoke, Coventry, Oxford  and Watford

Invasion of the Ladybirds »
Woodlice are a Harmless Nuisance «