Bedbugs Getting Rid of

Bedbugs Getting Rid of: 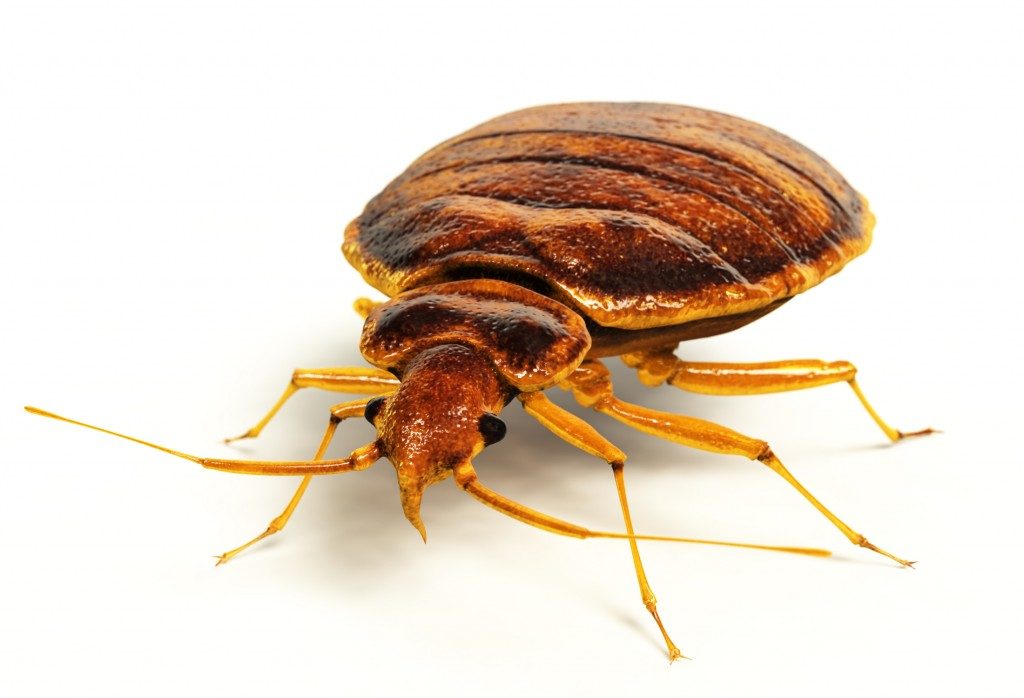 Bedbugs – What to Look For

A Brief History of the Bed Bug

While most humans would prefer the bed bug to be extinct but this is unlikely to happen any time soon.

During the 1940’s and the 1950’s, a pesticide called DDT was used to get rid of bed bugs. DDT was first developed in the early period of World War II. Its purpose was to stop the spread of infectious diseases such as malaria and typhus by killing off the mosquitoes and other pests that helped to spread the disease. DDT eventually found its way from the military into everyday life – it was even used as an agricultural insecticide.

Widespread use of DDT certainly worked to exterminate bedbugs, and during the middle of the 20th century, it was hard to find a bed bug.

Are They Gone, Then?

Unfortunately for most people, the bed bug did not die out during this time period but over the last several decades has staged a come back that is large enough to cause them to re-infest many areas quickly.  North America particularly has seen a tremendous growth of bed bugs in the last ten or so years.

But, there is something different this time around….

DDT is no longer used today as a pesticide. It was banned from use, as were other products that are similar to it, as it was found to be dangerous not only to bed bugs, but also to the human population itself.

This poses as bit of a problem when trying to treat bed bug infestations today. Many of the products that are used today are just not effective at treating these pests. In fact, it is unlikely that anyone will be able to get rid of bedbugs without professional help.

The Life Cycle of the Bed Bug

The female bed bug is the main focus from the start. She will lay up to twelve eggs per day! While it may only be one egg, it can be as many as a dozen.

She will usually place these eggs in a small crack or groove or on a rough surface because of the sticky coating that is on them will pretty much stick to anything.

It can take from six days to seventeen days for the eggs to hatch.

The baby bed bugs are called nymphs. Their first order of business is to feed. In fact, they are able to feed from a host right after being hatched.

They need to find their first meal quickly as this blood meal is needed for their development. They will moult after their first blood meal.

They will go through a total of five cycles of moulting before they will reach their adult size.

In most cases, from start to finish, the egg will go from being a small egg to being a full grown adult in as little as 21 days.

One thing to take note of when looking at the life cycle of a bed bug is the temperature in the area. In order for the egg to hatch, the nymph to moult and for the bed bug to grow, the right temperature must be met. This temperature needs to be between 65 degrees and 86 degrees.

From the time that the egg hatches, the main goal of the nymph will be to find food. It needs a blood meal in order to grow and to achieve its first moulting session. From the time it hatches until it reaches adulthood, it needs to moult at least 5 times.  Yet, it can not do this without the right amount of food.

This period of nymph could be extended if there is not enough food to provide the necessary growth and moulting periods for the bed bug. The time that it takes for the nymph to reach maturity has a direct relation to the amount of food that it has. The bed bug likes to eat at night. He is a nocturnal blood feeder. He likes to find his host when it is sleeping and therefore lying still.  This poses less of a risk for his well being, of course.

They will use their very sharp, pointed beak to break the skin of the host. By piercing it, they open it up enough to insert a fluid within it. This salivary liquid is what allows them to withdraw blood from their host. It is what is called an anticoagulant which will stop the host’s blood from clotting and closing up the pierced area too quickly.

An adult bed bug can take up to fifteen minutes to feed from that one pierce although most adults will be full within about 10 minutes.

The nymphs, or babies, will start to feed as soon as they are hatched and can find food or a host. Initially they only feed for as little as three to four minutes. As they grow, they will feed longer until they reach their adult size.

The bed bug does not need to eat very often as it takes a long time to digest each meal.  It can go several months without consuming any food, but will usually seek out the host again after about five days. for another feeding.

Do you care what bed bugs actually like? Most of us would say no, but we still should take a look at this topic for a better understanding of these little creatures.

First off, they enjoy the dark and prefer not to come out unless it is dark.  They are creatures that like to hide and stay out of sight.

To hide, they will find small crevices and cracks to hide in.  This may be places like fabric or wood, but any place will do as long as they are hidden.

Usually, the bed bug will not travel too far from its host, as it wants to stay close to its source of food. However, they can and sometimes do venture further away, and can throughout an entire house if they wanted to do so. However it is most common to find them near their host’s bed or in the small vicinity of where they know they can find their host. The most common location for them is in the folds of a mattress.

What a Bed Bug Can Do To You

While all of this is great, what you want to know is what the bed bug will end up doing to you.

Bed bugs are often thought of in the minds of children as biting.  In the sing song, “Don’t let the bed bugs bite,” they may have described just what the human can expect from the little bed bug.

The good news is that bed bugs are not that dangerous to most people. While no one wants to have them around, they are not likely to provide you with any real problems, although in some people they can cause a more severe reaction than in others.  Bed bugs feed from their host at night, while the host is sleeping and still. Therefore, it is unlikely that the host will know they are being bitten. The bed bug injects a fluid into the bite that it creates.

This fluid is used to keep the blood from clotting and avoid sealing up the wound. The itching and irritation associated with bedbugs is a reaction to this fluid.  In most cases, the only way that you will know that you have been bit is by the reaction that some people have to this fluid.

One of the most common signs of bed bug bites is having three or more bite marks or welts in a row.  This is thought to happen because the bed bug will become detached from an area, possibly due to the host moving, and will then need to open a new piercing to draw blood from.

Bed bug bites can be confused with flea bites, although flea bites have characteristic red “dot” in the middle of the bite which is not seen in bed bug bites.

In our next blog post we will talk about how to get rid of bed bugs.
BPCA Bed Bugs

British Pest Control Association »
Bees & the Myth of their Demise «